Our Day 14 assignment for Photography 101 was “Swarm”. My photos cover swarms of cormorants, seals, kayaks, bucks, and people.

During a visit to La Jolla north of San Diego, California, there were lots of cormorants all over the cliff and rocks, which they also share with a large number of seals.  These are reflected in this first set of photos taken from various angles, including a closeup of the seals.

Nearby I spotted a large group of red kayaks all grouped together which contrasted with the blue water all around and the light cliff behind them.  Up the coast a little bit there were many surfers trying to catch the waves, and they were interesting to watch.

The last set of photos is closer to home, with a large group of white-tailed buck in our backyard.  You will notice that most of them have quite a rack.  Sometimes the males tend to travel together, except when they’re out looking for females in the fall.

The final shot shows flocks of people coming and going between music day parties on Sixth Street in Austin Texas during the South by Southwest music festival in 2010. 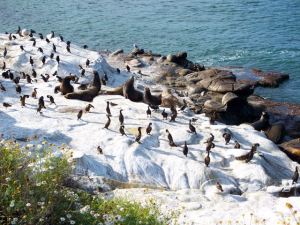 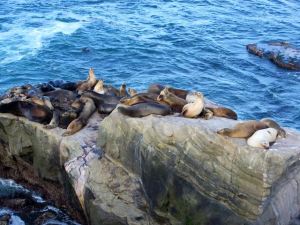 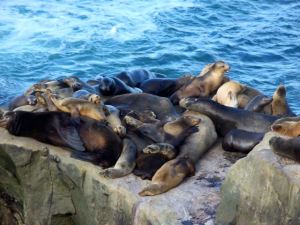 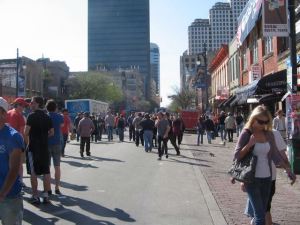