Our Day 6 assignment for Photography 101 had us focus on the “Connect” theme.  These photos reflect important family connections across multiple generations. Although I did not take any of these photos, I thought these old photos would still be appropriate for this theme, especially as we honor Veteran’s Day.

This photo shows my father on the right, grandfather in the middle, and great grandfather on the left.  They are all named John Warren.  My father was the only one with a middle name, Courtenay, and he was always known as “Corky”.

My grandfather was born in Pendeen, Cornwall, England (near Penzance) and came to Michigan via Canada.  He served in the Canadian Army during World War I, and was shot in his lung and almost died hiding in a foxhole overnight; he survived but had shrapnel in his chest all his life.

My grandfather was a grocer in that mining community and remained in England all his life. This picture was taken when he visited the United States about 1938, when my father was 18. 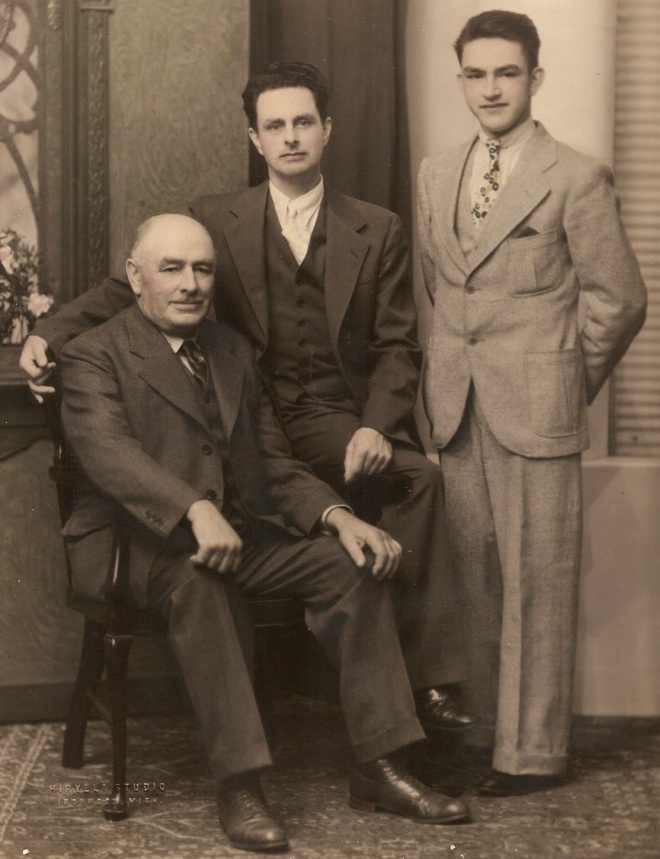 This photo shows my father, John (Corky) Warren, who was a B-17 navigator in World War II.  Fortunately the war ended shortly after he completed all his training and was released in 1944 before I was born the following year. He died last year at age 93.

This is a photo of my uncle, Douglas Milton Warren, who was a bombardier in World War II.  He was shot down and killed over Germany.  I was named after him. 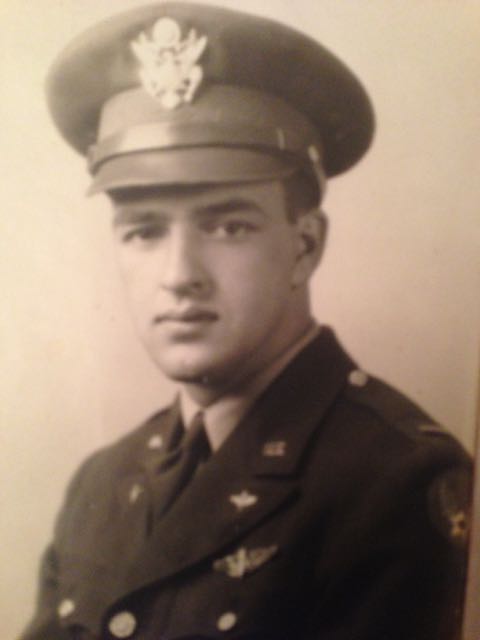 This was a nice photo of my father’s family.  He’s on the left with my uncle on the right, grandmother lower left, grandfather lower right, and aunts in the middle.

This photo shows my mother, Elinor Warren standing behind my grandmother, Gertrude Kaye on the left holding my sister Diane, and my great-grandmother, Margaret Bryant on the right holding me when I was about 2 years old. The Bryants go back to Plymouth, Massachusetts when they immigrated here about 1630.

William Cullen Bryant who was an American romantic poet, journalist, and long-time editor of the New York Evening Post is actually my 3rd cousin 6 times removed; that means we share my 8th great-grandfather, Stephen (and Abigail) Bryant of Plymouth Colony, as a common ancestor. After following many blogs, I have even started reading some poetry.

And then there’s me.  You can see a current photo on my blog.  I served in the Air Force during the Vietnam War (1967-1972), but was fortunate that I was only stationed stateside in Florida and Virginia. Besides the family links, I also share a common military service connection with my grandfather, father, and uncle.

I have old photos in albums and boxes that I need to go through, organize, and scan, like my Air Force picture, etc.  Now that I’m getting an interest in photography, getting those converted to digital files is another big project to do. This post also motivates me to get started working on that.